Remember the old computer keyboards?   They had keys that were taller than today’s keyboards and were spaced further apart so you didn’t have to scrunch your fingers together and mash multiple keys at once when trying to type something up.   They also made that soft clicking noise every time you pressed a key.   Good times.   I got one of those keyboards for myself just the other day.   I don’t know how I was able to use the crappy new one that came with my computer.   It’s less confining and I love the noise it makes. 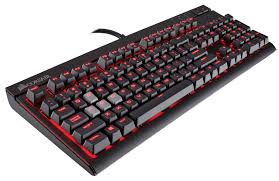 I don’t know if it’s the keyboard.   I think it is.   Since getting it, I’ve felt a new surge of productivity.   It’s odd that something so simple and inexpensive could do so much.   I’m not going to regale you with stories of numerous chapters written and posts composed.   That’s not the point.   Inspiration comes from anywhere, and, apparently, everywhere, even the, seemingly, ridiculous places.
Writers have always been considered “odd ducks”.   Some talk to their notes or others’ books.   Some seem to talk to themselves with no obvious reason but to hear what a bit of dialogue might sound like.   Still, others might take delight in the freedom of an inanimate object, like a special pen… or keyboard.   Whatever the case, I know this, regardless of where the sudden desire to accomplish things comes from, it must be saddled and ridden before it escapes forever amongst the unbridled creatures of fantasy.